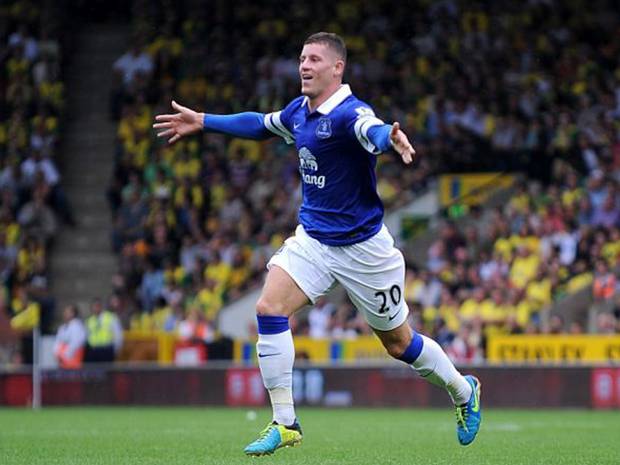 Everton manager Roberto Martinez has once more said that the club will not be letting star midfielder Ross Barkley leave this summer no matter how good he plays in the World Cup.

The 20-year-old has flourished under Martinez this past season and the Spaniard fully expects him to make a big impression during the World Cup in Brazil, but insists he will not be sold.

“No, no – because it would be wrong for him [to move],” Martinez said of the continued speculation about his prized asset.

“Ross is a superstar in our eyes already, so for us nothing will change the perception of him.

“Remember, he could be in a position to impress millions, never mind just the people in England, that’s the type of tournament we are talking of.

“He will return as the same person I can guarantee you that. He’s not someone who will lose sight of realism when he comes back.”

Martinez went on to say that he wants to protect Barkley adding:”Ross is a phenomenal talent, probably the best English talent I have ever seen, but he is not the finished article yet and you need to be very careful.

“It’s our duty to protect him and I know Everton is the perfect place for him for the next 12 months.

“In football obviously you can never speak about the future, and obviously we must try to get into the top four positions to offer players like Ross the next stage of their development.

“But Ross is delighted at Everton and feels very much in the right place at the right time of his career.”