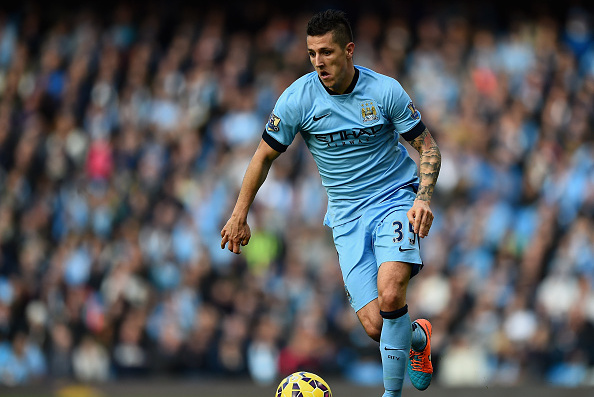 Liverpool manager Brendan Rodgers is keen to not repeat the Reds struggles for goals next season and with this in mind will be selling Mario Balotelli to possibly Italian Serie A side Sampdoria, and Rickie Lambert to newly promoted Bournemouth.

One player he would like to see arrive at Anfield is Montenegrin international Stevan Jovetic, who Liverpool tried to sign in the past from Fiorentina, before losing out to a £22 million bid from Manchester City.

The now 25-year-old endured a difficult first season at the Etihad and was constantly side-lined through injury forcing manager Manuel Pellegrini to look for other options, which then when once again fully-fit, left Jovetic as a bench player with the Chilean manager even dropping him from his Champions League squad.

City like Liverpool also plan to have a bit of a clear out with Edin Dzeko possibly on his way to either Wolfsburg or Chelsea, and as for Jovetic, Brendan Rodgers thinks an audacious bid of £12 million may be enough to get the playing time hungry striker to move to Anfield.

Here at Soccer transfers we have been big fans of Jovetic while watching him play in Italy, and feel as though he made a mistake joining City, and that it proved to be his downfall.

A move to Liverpool would give him the opportunity to get back into the limelight and show the world just how good he is, and while Rodgers feels £12 million is enough, we think he may just have to offer £15 million to get the deal done.

Below you can watch a video of Jovetic in action and decide if you think he will be good for Liverpool.