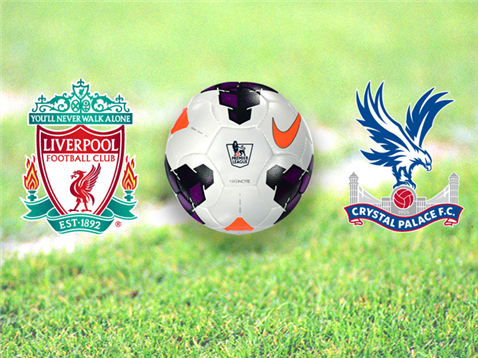 We all enjoyed the midweek win over Rubin Kazan with not a single player coming in for criticism as all eleven players gave new manager Jürgen Klopp 100% including goalkeeper Simon Mignolet whose biggest task was trying to keep warm in the central Russian cold air after having not been called upon to make many saves.

Despite the win we know there will be a few changes to the team that starts against Crystal Palace at Anfield this afternoon starting with Skrtel returning to the line-up for Dejan Lovren despite the Croatian international not putting a foot wrong midweek.

Winning goal scorer Jordan Ibe will also find himself on the bench against a physical side like Palace with us picking James Milner to start in place of the 19-year-old. Joe Allen too played well, but given the nature of Palace, Emre Can and Lucas Leiva are a better pairing to mix it up with the south Londoners.

Adam Lallana has proved he is willing to give Klopp all he has got, but given the fact Coutinho was rested and the recent performances of Roberto Firmino, who by the way is due to score at any moment which is why we are taking a long shot on the Brazilian at odds of 7/4 with Bet365 to find the back of the net sometime this afternoon we expect Lallana to start from the bench as well.

Up front for Liverpool will be Christian Benteke, who given the way Alan Pardew’s team likes to play will be called upon to use his height not only up front, but defending as well.

Klopp, speaking yesterday at a lunchtime press conference at Melwood, said: “Coutinho is okay, he told me he was okay on Thursday too! The same with Adam who played some minutes.

“We had some small problems after the game in Kazan, which is normal, and we have to wait until the last hours to see who can play, but there is nothing serious.

“We can make changes, we played without Martin, Lucas, Phil, Adam, so we have other players who can play. I have to see the training, go with my feeling, and make my decision.”

Here is our prediction for the match which we hope will be another win for the Reds as they push for a top-four finish under new manager Jürgen Klopp.