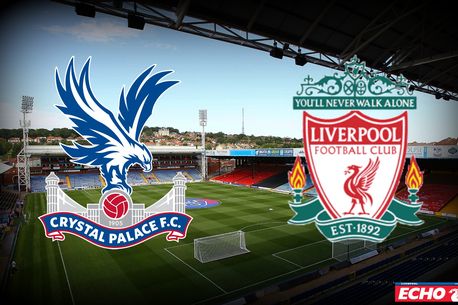 Following Liverpool’s impressive 3-0 revenge on Manchester City midweek there was still no hiding the fact that the Capital One Cup final loss to Manuel Pellegrini’s side will still take some time to come to terms with.

As for today’s opponents Crystal Palace, following a promising start to the season the Eagles have in their last ten games gone from being fifth in the table to fourteenth having lost their last three home games.

Take nothing for granted though as Palace have been a bit of a bogey side for Liverpool of late, but following yesterday’s results and the fact Liverpool still has an outside chance of finishing fourth, manager Jürgen Klopp must continue to take every league game seriously.

It has to be Simon Mignolet, even though we hope Klopp can convince a top keeper to join us over the summer.

For us Jon Flanagan is a must this afternoon and not just for the way he handled Raheem Sterling, but the fact he will not be able to play against Manchester United in the Europa League on Thursday after having never being listed on the Europa Cup register.

Given the performance from Kolo Toure we will stick with the Ivorian at centre-back because he deserves it and play him alongside Dejan Lovren, while the ever dependable Nathanial Clyne starts at right-back.

German midfielder Emre can had one of his best ever games in a Liverpool shirt against City, as did James Milner, so they both stay in the team.

Jordan Henderson looks as though he could do with a bit of a rest so in his place we will bring back playmaker Philippe Coutinho knowing that the little Brazilian can win a match single handed on a good day.

Paired with Coutinho is his countryman Roberto Firmino and former Southampton star Adam Lallana who continues to amaze us with his work rate.

This might be a surprise for many of you but we are going to give the start to Origi over Sturridge to save the English international for Manchester United, while at the same time knowing we have Christian Benteke on the bench if we need him.