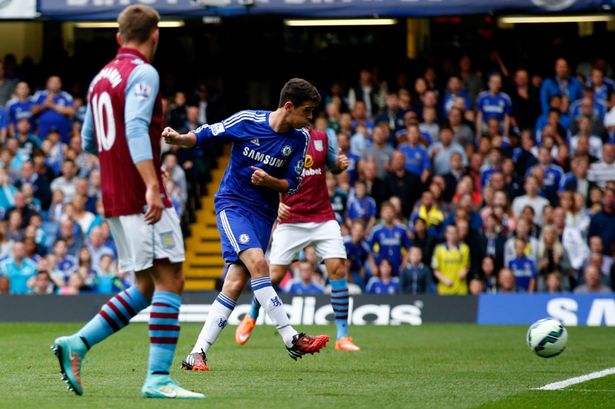 It is now time for Jose Mourinho to get the Blues season back on track, when Chelsea takes on struggling Aston Villa as embattled manager Tim Sherwood guesses how much time he has left in the job following Liverpool’s decision to sack Brendan Rodgers two weeks ago, a manger whose team is doing much better than the Midlands club sitting third from bottom in the relegation zone.

Meanwhile despite Chelsea’s misfortunes it would appear as if Jose Mourinho’s job at Stamford Bridge is safe after the 52-year-old said when asked if his job was safe even if Chelsea finished the season mid-table: “Yes. I was not told that because we don’t expect to finish mid-table.”

First choice right-back Branislav Ivanovic was injured while on international duty for Serbia midweek, but Mourinho is not worried saying he has plenty of cover for the Blues veteran including the inclusion of teenager Aina.

He said: “We have only Ivanovic injured, and Courtois recovering. Everybody else is available.“I have four solutions. I have Azpilicueta. I have the adaptation of Zouma or Ramires. And I have Ola Aina, a 19-year-old who never played a game in the Premier League.“But he’s a boy with lots of potential. And he’s also an option. It depends on the match, on the opponents, on our moment. But we have solutions.”

For us here at Soccer Transfers we feel the obvious solution is to play Cesar Azpilicueta on the right and give new signing Abdul Baba Rahman his Premier League debut.

The big question mark is over midfield with so many options available for the Portuguese tactician is it possible that Ruben Loftus-Cheek replace Nemanja Matic? And who will he choose amongst Willian, Pedro, Oscar and Ramires?

This is how we think the Blues will line up have a look and see if you agree.

Given the fact Villa manager Tim Sherwood knows his time is already up at Villa Park after having watched his team not win a game since the opening match of the season, we feel that the Villains are heading to Stamford Bridge today knowing that Chelsea needs to up their game and show the determination they had last season while winning the league. Two bets we like this afternoon are Chelsea to win, which in our opinion is a banker, and for the returning Diego Costa to score anytime at odds of 10/11 with BET365.