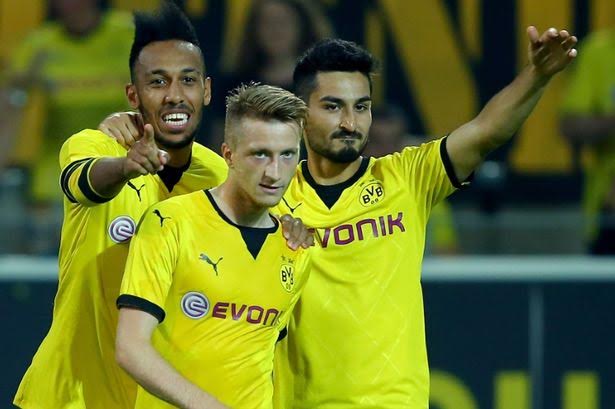 Manchester United winger Adnan Januzaj being loaned out to Bundesliga giants Borussia Dortmund is all part of a plan to being Germany international forward Marco Reus to Old Trafford next summer.

By allowing the 20-year-old Belgium international to join the North Rhine Westphalia club on a season long loan United believe that they have laid the groundwork needed in order to bring the versatile 26-year-old to Manchester next summer.

Reus has the ability to play not only as an all-out striker but also a winger and a classic number ten meaning that he could be the time of utilitarian player that Louis van Gaal is looking to add to his squad, and after having watched him score five goals in his first six games this season we can understand why.

As for Januzaj, LVG hopes that the experience of regular football in Germany’s top flight will provide the youngster with the experience and confidence needed to become a starter in his first team next season or perhaps even a bargaining chip when it comes to signing Reus.