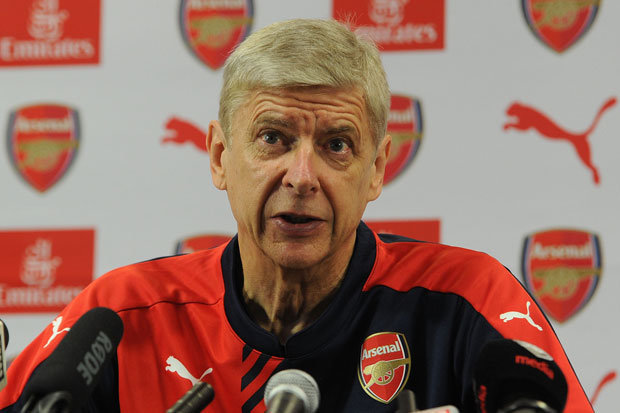 Arsenal manager Arsene Wenger is furious over the claims that he has cheated Arsenal fans by not buying a striker during the summer transfer window.

He also insisted that he had never lied about the seriousness of Danny Welbeck’s knee injury despite already knowing that the former Manchester United striker would be out till late December.

Former Gunner Paul Merson blasted the 65-year-old Frenchman in his newspaper column saying that not buying a striker was cheating the fans.

Wenger has now hit back at his critics saying: “Buying and selling is one way to strengthen your team but that’s not the only way.

“To support the team is to stand behind the players – it is not always expecting someone coming down from heaven to sort out all your problems.

“The solutions we had were not convincing at all.”

When talking about Welbeck’s injury Wenger said: “On Friday morning, I did not know Welbeck had a bad setback. I did not lie to you, I gave you the information I had.

“I heard late on Friday night his condition had not evolved as well as we thought and he needed specialist investigation.”

Wenger also backed lone Striker Olivier Giroud to come good after the 28-year-old was booed when substituted during a friendly between France and Serbia last Monday saying: “Giroud has my full support”

“There is no striker in the world who has not been questioned. When he missed chances and is booed, that can happen.”