Bayern Munich have dominated the Bundesliga over the past four seasons and are on course for their fifth title on the spin. The Bavaria-based outfit have been extremely efficient in their recruitment of talent from around Europe.
However, most of all they have enjoyed plucking Borussia Dortmund for their stars, which has strengthened their stranglehold on the division and weakened their rivals’ push for the crown.
As a result of the moves the balance of power that was fairly even during Jurgen Klopp’s tenure at Signal Iduna Park has now swung well in favour of Bayern, who are enjoying an unprecedented run of success.
Here are three moves that knocked Dortmund off their surge and put Bayern back in control of Germany’s top flight, with Carlo Ancelotti’s men currently backed at 1/20 in the latest Bundesliga betting odds to win the title yet again.
Mario Gotze

The midfield maestro was the first player to move from the Dortmund juggernaut to Bayern, and even had the awkward position of having signed his deal with his new club before the sides faced off in the Champions League final in 2013.
Gotze’s move was not as impactful as it could have been as Ilkay Gundogan, Marco Reus and Henrikh Mkhitaryan all managed to cover his contribution from the middle of the park. However, the precedent had been set for Dortmund’s stars to move south, despite the club’s relative success competing with Bayern at the top of the table.
The 24-year-old put in two impressive seasons for Pep Guardiola’s men, but eventually found himself out of favour under the Spaniard and has now returned to Signal Iduna Park where has struggled to find his form. 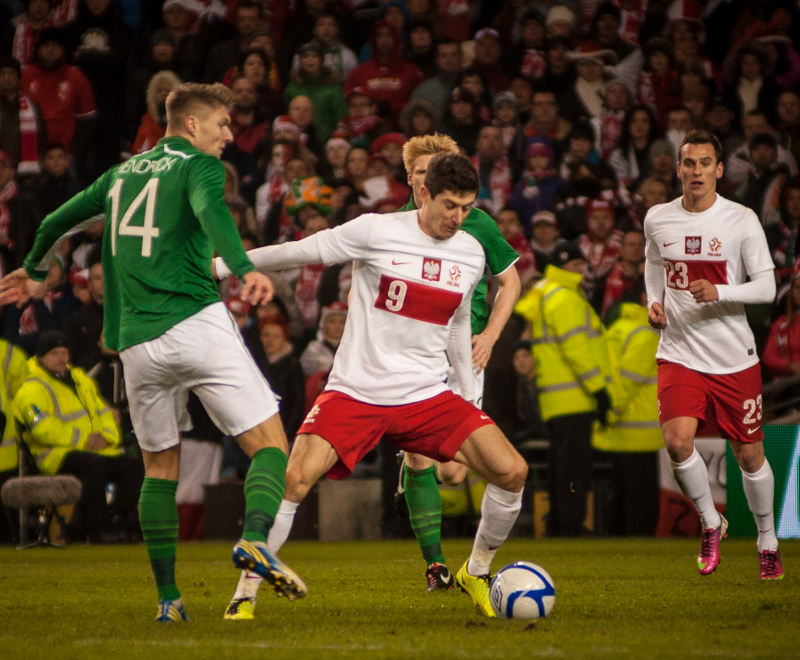 “DSC_0288” (CC BY 2.0) by Photography DK
The Pole’s move to Bayern swung the balance of power truly in favour of the Bavaria-based outfit. Dortmund lost a 20-goal season striker and allowed their rivals to bolster their forward line, giving Thomas Muller the perfect strike partner to thrive alongside.
Lewandowski has taken his game to the next level at the Allianz Arena and has been simply outstanding in the last two campaigns, scoring nearly a goal a game in the Bundesliga. The 28-year-old is the most potent striker in world football outside of La Liga’s Spanish giants.
Pierre-Emerick Aubameyang’s impressive form has offset some of the damage inflicted by the Pole’s departure, but not even he can match Lewandowski’s scoring rate. Had he remained with Dortmund then Bayern’s dominance may have come under threat.
Mats Hummels

Hummels’ move to Bayern may have been the breaking point for Dortmund to compete with Bayern at least this season. The defender was a rock at the back for BVB for seven seasons, but he opted to return to the club where he spent his youth, making himself an unpopular figure among the loyal supports at Signal Iduna Park.
Thomas Tuchel’s men have struggled to cope with his absence as Marc Bartra – signed as his replacement from Barcelona – has failed to hit the ground running, forcing Matthias Ginter into a full-time role alongside Sokratis Papastathopoulos.
Dortmund have conceded 21 goals in their 18 matches thus far this term, keeping only three clean sheets – one of which ironically came against Bayern. However, their rivals have shipped only 11 goals so far, with Hummels and Jerome Boateng translating their international form with Germany into the domestic arena.