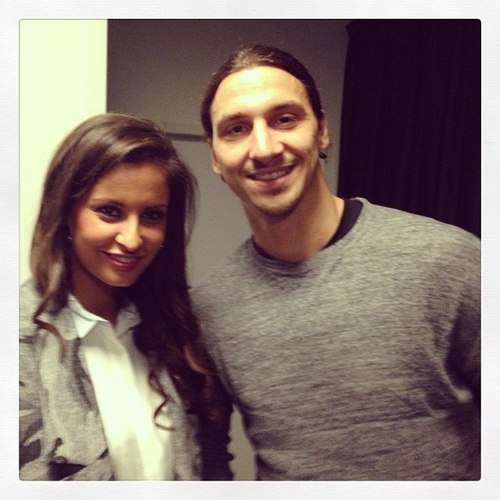 Paris Saint-Germain striker Zlatan Ibrahimovic is well known for his perfect timing in front of goal, but it turns out the Swedish international also has it off the pitch as well.

During an interview with Al Jazeera’s Malika Ménard talking to PSG manager Laurent Blanc the one-on-one interview was interrupted when the clubs star striker inadvertently entered the room.

After realizing that there was a television interview going on Blanc joked with the former Miss France saying: “If you ask for an interview with Ibrahimovic I’m sure he will give it.”

Zlatan then popped his head back into the room to say he would be more than happy to speak with the beautiful Al Jazeera girl, who looked embarrassed by all the attention she was getting.