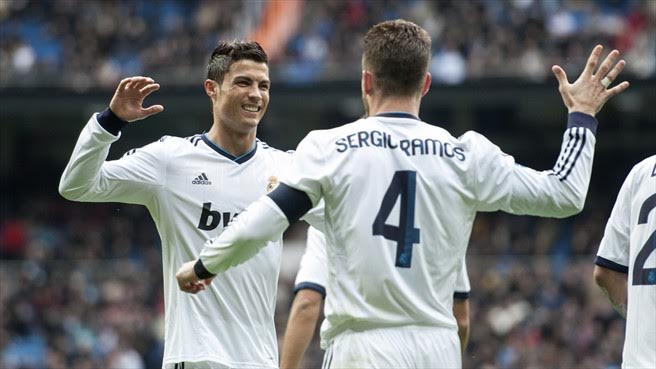 According to Spanish football newspaper SPORT, television show ‘El Chiringuito’ world super star and his teammate Sergio Ramos are both going to submit their transfer requests to leave Real Madrid at the end of the season.

The president according to ‘El Chiringuito’ tried to calm the Portuguese international winger down, asking him to focus on the rest of the season and to play the best football he knew how.

Perhaps even more serious than the loss of Ronaldo who everyone expected would be reviewing his options come the summer is the fact that club captain and last summer’s top Manchester United transfer target Sergio Ramos has also asked to be allowed to leave the Santiago Bernabeu.

Manchester United tried in vain to do a deal for Ramos last summer, making goalkeeper David de Gea’s move back to Spain conditional on the Red Devils landing Ramos.

After weeks of negotiations the former Sevilla defender managed to iron out a new, very lucrative deal in the Spanish capital while Manchester United and Real Madrid’s deal concerning David de Gea fell apart at the last minute.

Here at Soccer Transfers we have heard rumours that not all was right at Real Madrid since Zinedine Zidane to over from Rafa Benitez, but knowing Florentino Perez they way we do he will back his favourite Zidane over a pair of overpaid footballers who are nearing the end of their careers at the club anyway.

As for Manchester United the chance to re-sign Ronaldo will be seen as a huge Marketing coup, while Ramos could prove to be the foundation of a very solid defence for at least the next two seasons, and if John Terry’s longevity is anything to go by perhaps even longer.