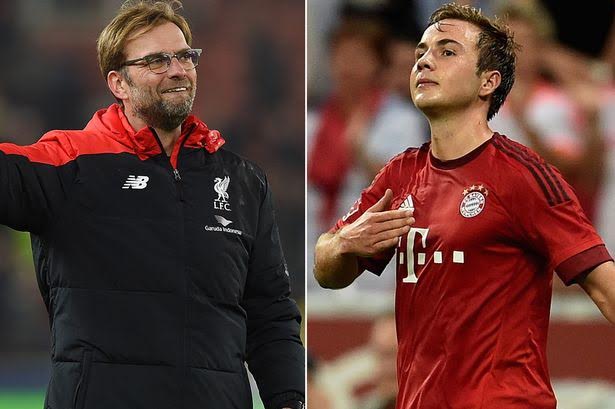 According to all the latest gossip coming out of the Allianz Arena the Daily Mirror is convinced that Bayern Munich attacking midfielder Mario Gotze is determined to link up with his former Borussia Dortmund boss Jürgen Klopp at Liverpool.

The 23-year-old German international has fallen down the pecking order in trainer Pep Guardiola’s team, and despite the former Barcelona boss leaving to take over Manchester City in the summer, Gotze does not want to wait and see what will happen once former Real Madrid manager, Carlo Ancelotti is at the helm of the German giants.

Meanwhile Klopp is known to be a huge fan of the World Cup winner and would welcome him with open arms on Merseyside, and with Gotze’s refusal to sign a new contract with Bayern it is looking increasingly likely that the Reds will land the young German this summer.