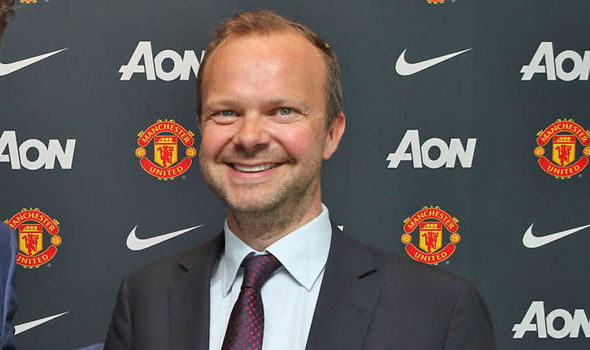 The papers claim that Woodward told the 64-year-old Dutchman to go home and think about it, which explains why he was seen at the airport flying to Amsterdam.

This decision by Woodward is being slammed by the United fans that are fed up not only with the clubs results, but the unattractive style of football that is being played under the leadership of van Gaal.

Here are some of the tweets being sent out slamming the United chairman.

Don’t be like Ed, Ed is a Cock pic.twitter.com/XzxpBaehcs

Seems to me that Ed Woodward doesn’t have a clue who he thinks should be Utd manager so is just ignoring the problem hoping it goes away.

Ed Woodward apparently talked Louis Van Gaal out of resigning. Worst decision since Wayne Bridge decided to nip out for a pizza.

Ed Woodward needs to now go, we are turning into a laughing stock….