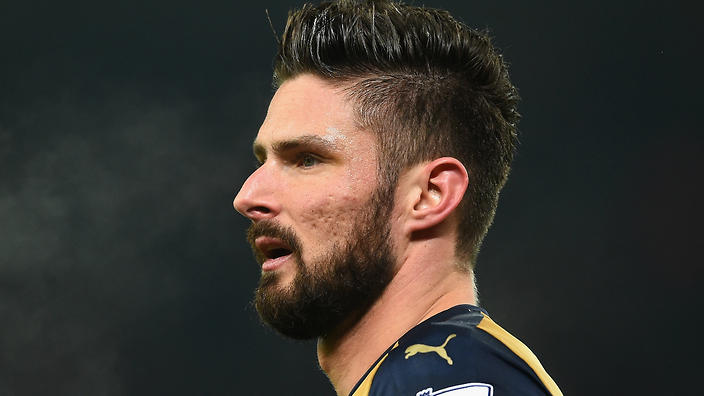 Another transfer window is around the corner and Arsenal fans are once again desperate for Arsene Wenger to splash the cash. The notoriously stubborn manager has a history of failing to snap up big targets while his closest rivals race ahead in acquiring players to strengthen their squads. With Wenger possibly entering his final year at the club, will he throw caution to the wind and attempt to go out with a bang?

There are areas that have been identified throughout the whole squad that are in need of upgrading and reinforcing, with perhaps the striker situation being the most blindingly obvious deficit in this team. The Gunners are continuously linked with huge names, with the likes of Gonzalo Higuaín and Karim Benzema being mentioned every time a transfer window rolls around. Olivier Giroud lacks the consistency to spearhead a team who wish to mount a serious title challenge. Premier League-winning teams rarely contain forwards who fail to find the back of the net for 15 successive league games. His goal hauls for the last three league campaigns have been 16, 14, and 16. This doesn’t sound too bad, but compared to the latest title winners who had Jamie Vardy (24) and Diego Costa (20), it simply isn’t good enough.

With Danny Welbeck now out of action for a considerable spell, this area of the Arsenal team looks weaker than ever. The Gunners need to bring in a striker who is as consistent as Vardy has been, and as prolific as Sergio Aguero has been for the duration of his time at Manchester City. They need a player who doesn’t buckle under pressure, who doesn’t lose form and then spend weeks failing to regain it. They need a player who can strike fear into the opposition defences.

Some have speculated that Zlatan Ibrahimović may be seduced by a move to the English top flight, as his contract at Paris Saint-Germain will be up this summer. He is yet to pen a new deal with the French giants and has hinted that he may be tempted by a move to England for a year. Could Wenger be bold enough to make a swoop for a player who would be an almighty upgrade on the current focal point of his attack? If this does turn out to be the manager’s final season in charge, then he has no cause for concern that the Swede has stated he would only be signing a contract somewhere for a year. He only needs him for a year.

Ibrahimović has been linked with Manchester United, as the speculation that Jose Mourinho may take the reins continues. The two have worked together before so it is plausible, but would the striker give up his final shot at winning the Champions League? With Arsenal, there is still a chance he could claim that elusive medal.

Of course, there are plenty of other fearsome strikers around. What is clear is that Wenger needs to try and coax a big name to the Emirates this summer, or he runs the risk of fading away rather than burning out.