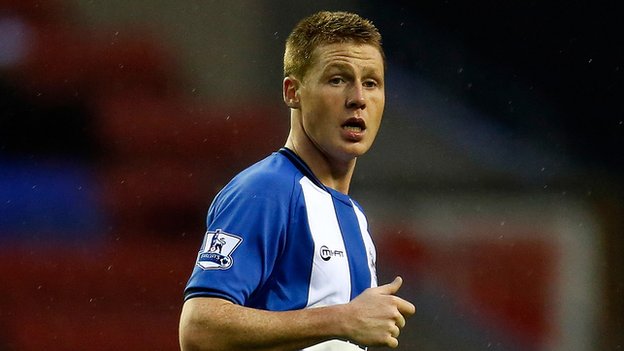 Dave Whelan the chairman of Wigan Athletic has said that the club want £14 million for Republic of Ireland international James McCarthy, and that Everton are £2 million short of Wigan’s valuation.

Wigan will not stand in the way of the 22-year-old leaving to re-join Roberto Martinez at Everton, but insist they want to get as much for the player as they can.

Whelan knows that Everton will have the money should they sell Marouane Fellaini to Manchester United as is expected, and is willing to do a deal right up until the 11pm deadline.

He said in The Sun: “If Everton lose Fellaini and (Leighton) Baines, they’re going to get their £38m or whatever. They’ve already made one offer for McCarthy, which wasn’t good enough. Roberto knows what he’s valued at.

“You’ve got to be talking £14m or more. Are they a long way off? Probably £2m, but we’re sticking because we’ve got to replace him.

“That sounds a lot of money but when you look around at the moment, all the extra money in the Premier League, it’s just going mad.

“We’re sat there and if Everton sell their midfield lad, Fellaini, they’re going to come for ours. We want to replace – but can we?”