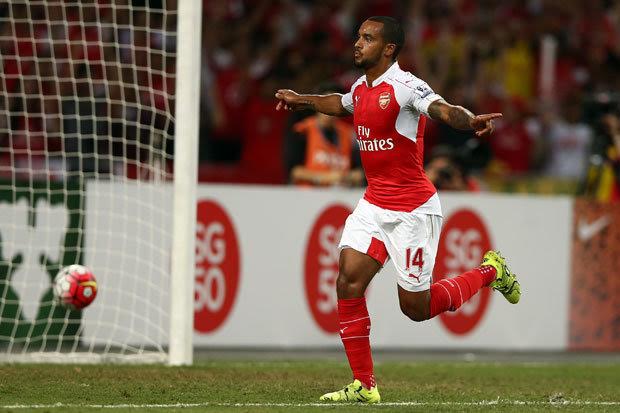 England international Theo Walcott is certain that he can make up for Arsenal not being able to land a big name striker this summer if manager Arsene Wenger allows him to play as an out and out striker telling the clubs official website: “It’s obviously well documented that I want to play up front but there’s a lot of competition for places here.

“I will do my best in any position when I am given the opportunity to play for this club.

“I will always be judged on goals and assists but I feel like I would score a lot of goals up front.

“I think you’ll see a mixture of me playing in those three positions, on the left, right and centre, depending on how the game is and who the opposition is.

“That’s why the manager is the best man to pick his team. I’ve shown the manager what I can do on the left, right and centre.”

Walcott also pointed out the difference between playing in the centre of the park or out on the wings adding: “On the right you have to do a bit more defending.

“Obviously up front you need to do your part because it always starts from the front, but on the right you need to track your runner, you need to tuck in for your fellow midfielders and your full backs.

“There’s all these other jobs that you need to do.

“Up front you can do things by just movement.

“At times you’re not involved in the games but you are. Some people may think, ‘Oh he hasn’t touched the ball for 15 minutes’ but you’re moving all the time, taking players and creating space for team-mates.

“That’s what strikers need to do at times, not just to always come for the ball and lay it off.

“You need to stretch teams, which will give our midfielders more space, more opportunities and more goals. That’s what you want in the team.”