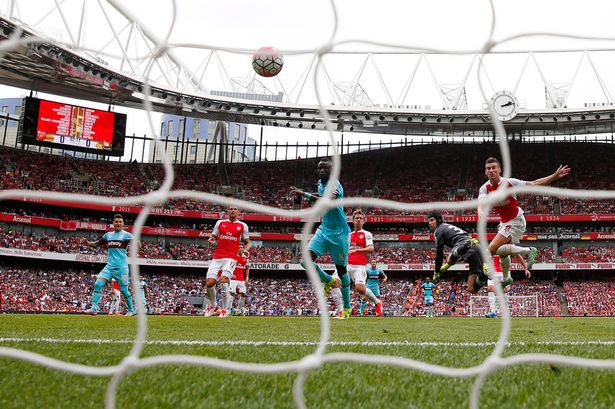 West Ham midfielder Dimitri Payet was without one of the best players on the pitch Saturday playing a key part in the Hammers 0-2 win at the Emirates on his debut for the club.

The former St Etienne, Lille and Marseille midfielder surprised a great many people with his performance during the match helping to lead the underdogs to a shock victory against a team that just a week earlier beat Chelsea at Wembley.

Following the match the seasoned French international had a did at the Arsenal support telling L’Equipe that despite only having 3,000 traveling fans in attendance he felt as though he was playing at Upton Park rather than the mighty Emirates.

‘I was surprised when we scored; it felt like we were playing at home with so much noise! It’s really great to be playing here.’