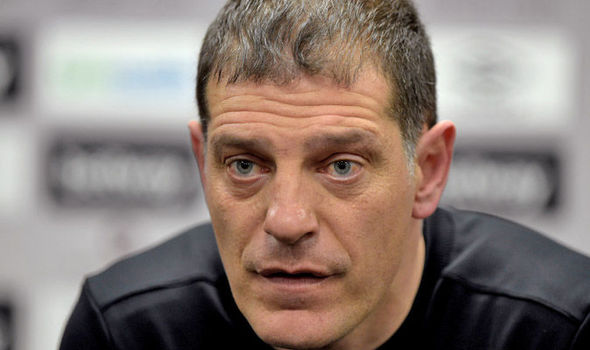 West Ham and manager Slaven Bilić have been turned down more than once during the summer transfer window, and in the January transfer window the embarassment continues. This time it isn’t about the players not wanting to join West Ham, as was the common occurence in summer, but it’s about West Ham launching embarrasingly low bids for key players of fellow relegation candidates.

The London club asked if they could have Jermain Defoe for £6m and were, of course, turned down as the 34-year-old is a god at Sunderland and is enjoying arguably the best days of his career. Why leave all that and join an unsettled club that loses 0-5 in the cup, has trouble with the fans, and keeps buying strikers only to let them go? From David Moyes point of view, by selling Jermain Defoe he’d sell hope of surviving the Premier League this season. For £6m? No wonder it was turned down.

The search for bargain quality player continued and West Ham kindly asked if Hull City would let them have Robert Snodgrass for £3m. Yet another case of a key player that does all the work at a relegation candidate. If Hull are to stay up, it will definitely be because new coach Marcos Silva managed to build a good team around Snodgrass. You don’t sell that kind of player in this kind of situation, at least not if the offer isn’t too good to be true. £3m is too bad to be true.

It’s questionable why would a team that has Dimitri Payet want to hire a worse player of virtually the same profile. To make the aforementioned Payet lose some weight as he sees competition for a team spot?

Meanwhile, Slaven Bilić is trying to get rid of bargains that proved to be the most expensive purchases, such as Simone Zaza, Jonathan Calleri, Sofian Feghouli – the list could go on. Of five strikers in the squad (Zaza, Carroll, Sakho, Calleri, Fletcher) there isn’t half a striker on the pitch. Not a single player managed to come close to taking the starting spot, and even worse, they’re all rotated and abandoned quickly, losing the chance to get into form and proving Bilić doesn’t know who his best striker is – he keeps fielding various people at no. 9, hoping for the best.

Expect further frustration for West Ham management as they keep getting turned down with their bids for players. Expect them to sign a bargain player who will be a rotation player at best, filling a spot that’s already filled.