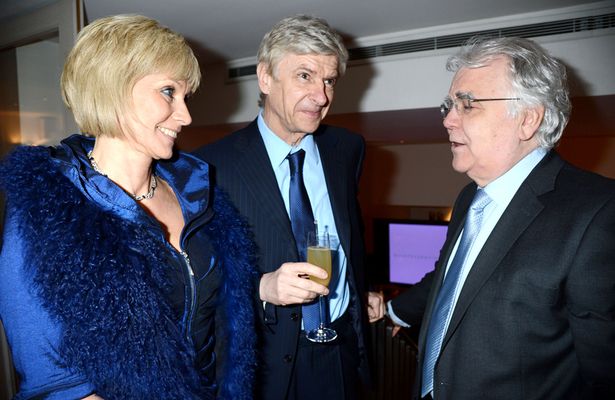 Arsenal manager Arsene Wenger is now separated from his wife Annie after months of speculation that their marriage was on the rocks.

The 65-year-old Frenchman married his long term partner Annie Brosterhous with whom he has an 18-year-old daughter in 2010, but the couple are now said to be separated after filing papers with a Paris court according to the Sun.

Back in 2008 Wenger admitted that his commitment to Arsenal had put a strain on his relationship saying: ‘In my job I travel, but the problem is not so much the quantity of time you spend with your family, it is the quality,’ admitted Wenger.

‘That’s where this job is more damaging. You do not always give them the quality they deserve when you are at home because you are thinking of the next game.’