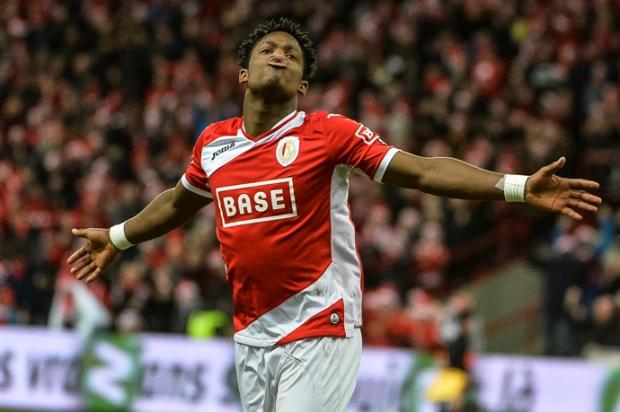 French Ligue 1 side Marseille is already preparing for the loss of star striker Michy Batshuayi after club president Vincent Labrune told L’Equipe: ‘Marseille fans should not get too attached to players because they could not go on forever at the Velodrome.’

Gunners boss Arsene Wenger failed to sign a top striker during the summer transfer window, and is now thought to be ready to move for the 21-year-old Belgium international in January once the window reopens for winter business.

The Brussels born centre-forward has attracted the attention of several top European sides including Arsenal’s north London rivals Tottenham , but Gunners boss Wenger is still in touch with his former club and will hope to have all the negotiating done early with Marseille, including his willingness to pay the their £22 million valuation.

Batshuayi is yet another promising striker to come out of Belgium’s Golden Generation along with Christian Benteke, Romelu Lukaku and Divock Origi.

Last season Batshuayi scored nine goals in 26 Ligue 1 appearances from the French club and has gotten off the mark already after having scored three goals in just five games of the new season.