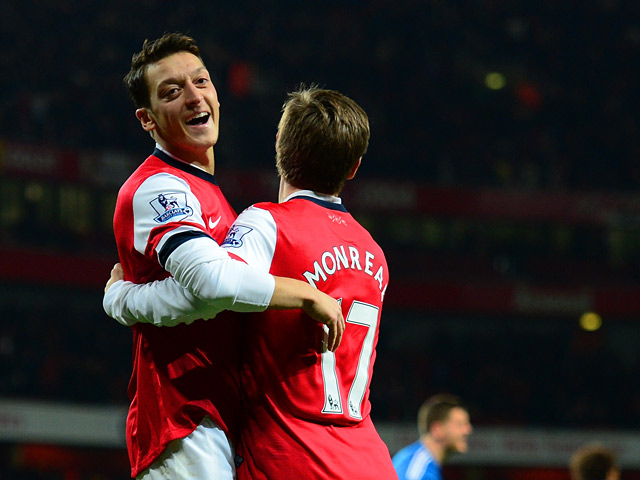 Arsenal manager Arsene Wenger is proud of the way his club has responded since losing to Everton earlier in the month by winning their next three games in a row including last night’s 3-0 win over Newcastle at the Emirates.

The Gunners are now four points clear of fifth place Everton with just two games left in the season as they hope to qualify for their 17-consecutive season in the Champions League.

“We have gone through a difficult period, and Goodison Park was one of them,” Wenger told Sky Sports.

“I believe that the spirit in the side is healthy, strong, determined and you can see that when the team is capable of bouncing back after a big disappointment.”

Making his second appearance since returning from injury German international Mesut Özil scored a goal in the match with Newcastle and Gunners boss Wenger thinks that he will show much more of his talent next season.

Wenger said: “He is getting stronger in every game now. He’s refreshed.

“It’s his first season over here and over Christmas he suffered a bit physically. Now he looks sharp again and refreshed, mentally sharp to play and that’s why his performance is good.

“I believe that the first season is always about adaptation in the Premier League.

“What he has brought is fantastic technique, simplicity in his game, intelligence of passing. If you look at his numbers, his assists and his passes in the final third are very good.

“We want some more goals from him and I think that will come naturally.”