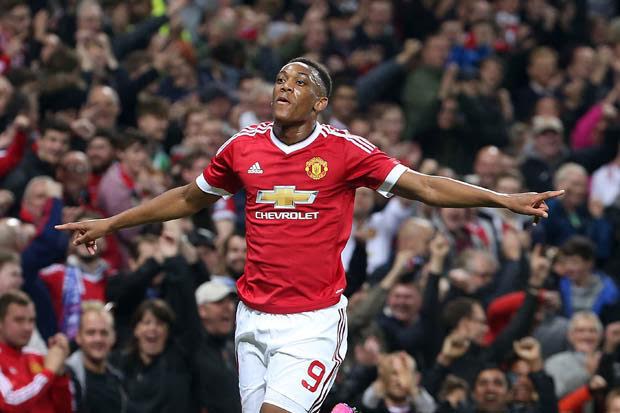 Arsenal manager Arsene Wenger has said that he did not make a move for Monaco striker Anthony Martial as he never thought that the Ligue 1 side would sell one of their top stars.

Instead Manchester United moved in scooping up the 19-year-old on deadline day for a staggering £36 million, and have not been disappointed with the new signing having scored four goals in four games for the Red Devils.

‘He was more of a winger in his whole career,’ Wenger said. ‘He played the final part of last season as a striker.

‘But Monaco’s statement was always that two players, Martial and (Layvin) Kurzawa, would not move. I thought they would maintain that, but in the end both of them moved.’

The Gunners boss is also surprised by just how well Martial has adapted to life in the Premiership.

‘It’s a surprise because sometimes the start is difficult,’ added Wenger. ‘To maintain that will be very difficult for him so he will have to have some understanding of that as well if he starts to score less.

‘He has already set the expectation level very high. But I’m not surprised that he’s done well because he’s a very talented player.’