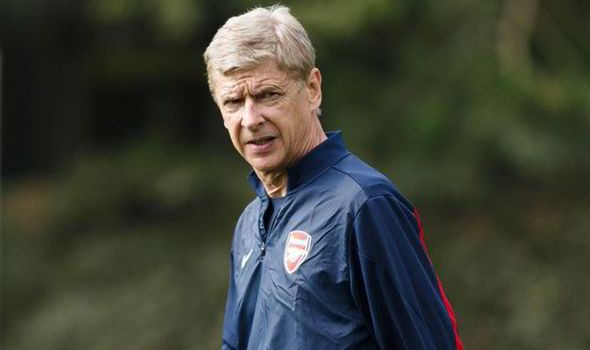 Arsenal manager Arsene Wenger has not taken a holiday this summer preferring to spend his time plotting how the Gunners are going to knock Jose Mourinho’s team off their high-horse next season and claim the Premiership title for north London.

The soon to be 66-year-old Frenchman stayed away from the Playa this summer preferring to concentrate on what he thinks is the best chance in years that Arsenal has had to win the English Premiership since he last won it back in 2004.

“Not quite the whole holiday. But I only need a few days and when I go on the beach I am in the press the next day.

“Where do you want me to go? So I go to the training ground.”

Meanwhile Wenger knows that tomorrow’s Community Shield match at Wembley has no points impact on the season ahead, but given his 13 to 0 loss record when going up against a Jose Mourinho managed Chelsea team, he feels a win would provide the Gunners with added confidence for the season ahead.

He said: “The expectations are very high and that is understandable because you cannot win the Cup, finish third in the league and then say, ‘Look, next year we want to do nothing’.

“Why is it positive? Because we finished the second half of the season and played better. And there is big support.

“People expect a lot from us and it is the first time for a long time we have all had confidence in our environment.

“Before, we always lost big players and then you would quickly question us. The ingredients are there but I am long enough in the job to know we have to prove that with points.”

Further justifying his pre-season optimism, Wenger added: “A manager without confidence is very bad news. So I am confident because we have played well, but I am realistic as well.

“You know when the competition starts it’s a different game and you have to transform your performance into points.

“We have a tricky start with West Ham and Crystal Palace. They are two tricky teams so I am conscious of that.

“But I believe we know what we want to do, we know how we want to play and we had a good end to the season.

“And we have a good stability to our squad. So there are positive ingredients there.