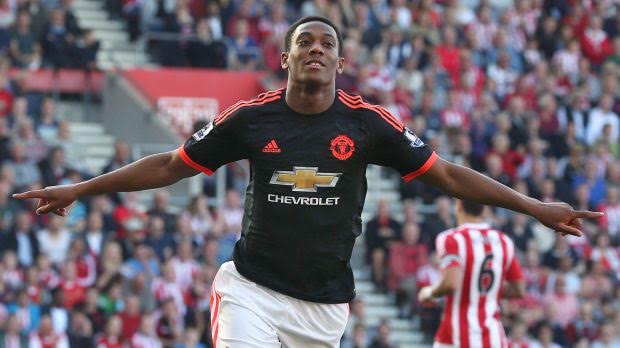 Well it would appear as if Arsenal fans can now add Manchester United forward Anthony Martial to the list of player’s manager Arsene Wenger could have signed, but did not for whatever reason was in his thinking at the time.

And now, knowing that the Gunners really needed to sign a top striker this summer the fans can be even more irate than usual with Wenger after having watched Martial score three goals in two games since moving to Old Trafford from Monaco.

Wenger is a known professor of the French league and has been tracking martial since he was a youngster at Les Ulis, but did not make a move to sign him this summer because he already has Joel Campbell at the Emirates.

The very same Joel Campbell that he sends out on loan each season.

“We have known him since he was a kid.

“But he’s more of a winger-type.

He’s an exceptional talent I agree with you but I believe that he plays in positions where we have players like Alex Oxlade-Chamberlain, Alexis Sanchez and Joel Campbell who can play in the position.”