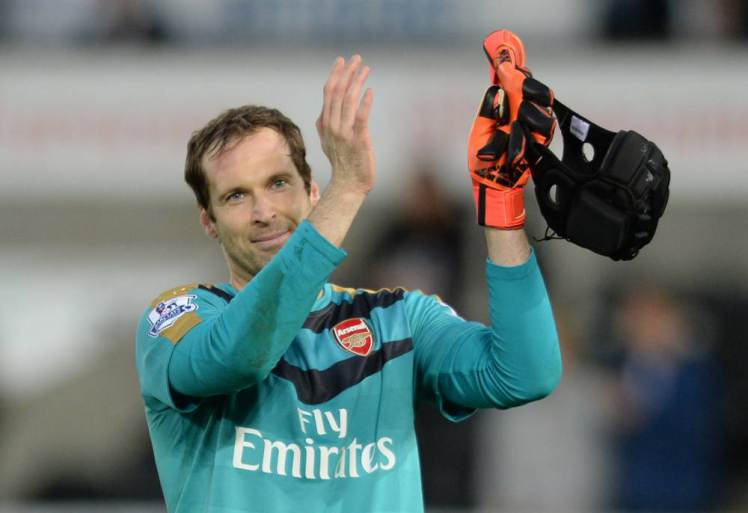 Arsenal manager Arsene Wenger has shown his respect for Gunners goalkeeper Petr Cech ahead of this weekend’s north London derby with Tottenham, by claiming that the former Chelsea shot-stopper can still retain his place as Arsenal No.1 for the next five years.

The French manager has been so impressed by Cech that he is now comparing him to Manchester United legend Edwin Van der Sar.

‘I believe there is no coincidence. It’s just class, consistency and quality,’ Wenger said at his pre-match press conference.

‘And knowing him well after a few months, I am not surprised. He analyses everything.

‘He is gifted, super-talented and he is one of the greatest goalkeepers ever seen in this country.

‘He plays in a position where age is less of a restriction than in any other job. I think 37 or 38.

‘Some go longer but once you start to have a “four” the intensity is more difficult. Van der Sar was close to 40 and still doing well.’