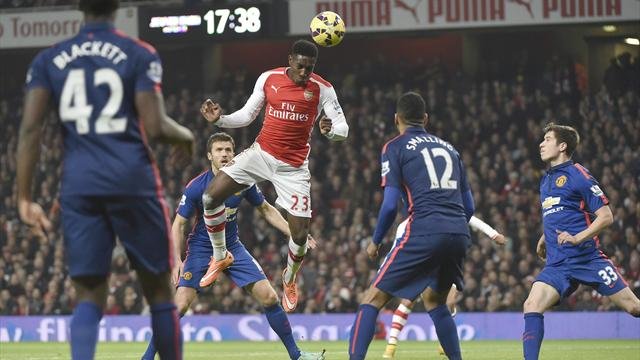 In a match that many thought would be an easy three-points for the home team facing a severely under strength Manchester United defence it was the Gunners who squandered the most chances that now sees them having the worst start to a season in 32-years.

Olivier Giroud made his return to the team and scored a consolation goal in injury time, but it was Manchester United who left the Emirates with all three points following a 2-1 win courtesy of a Kieran Gibbs own-goal, and a break-away goal from Wayne Rooney.

“It’s troubling at the moment, because we cannot get the wins we want and there’s a big discordance between the quality of our game and the points we have,” said Arsene Wenger following the match when being interviewed by talkSPORT.

“It was one of the most one-way traffic games I have played against Manchester United, but they took advantage of our mistakes.

“It’s disappointing because we put a lot of energy into the game and there was a lot of quality in our game, but in the end nothing came from it.

“We had five very good opportunities in the first-half, but their goalkeeper was the man of the match and we just couldn’t finish. In the final third we just weren’t efficient enough.

“If we had played a bad game and Manchester United were by far the better team, you can say yes [they deserved to win], but today that was not the case.

“It was a game we could have won easily.

“Now we had to keep faith and our belief because there is a lot of quality in this team, we just need to convert our domination into goals.”