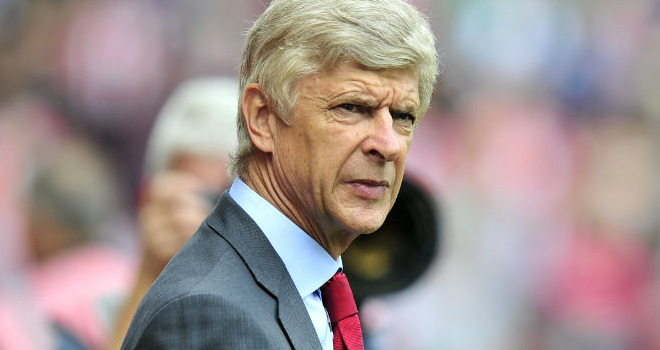 Arsenal manager Arsene Wenger believes that the Gunners can launch a strike at winning the Premiership title, but admits there are six other clubs who feel the same way.

The north Londoners went two points clear following their 2-1 win over Swansea in the Liberty Stadium thanks to an assist and a goal by Aaron Ramsey.

The victory over Swansea was a club record of 12 away wins in a row having not lost a game since the opening day shock against Aston Villa.

While Arsenal have found form early the same cannot be said of Manchester United, Manchester City and Chelsea who have all had a mixed start to the season.

The victory in south Wales extends Arsenal’s club-record run of away wins to 12, and was their eighth straight success in all competitions since their opening-day defeat against Aston Villa.

Meanwhile clubs that you would have not considered possible title contenders before the season got under way Liverpool, Tottenham and Everton have all got off to a good start that has the Arsenal boss calling this seasons title race wide open.

He said: “We have the desire to be champions, you can see that.

“It’s still the early stages of the season, we have only played six games, but I would have signed up to have 15 points now after losing the first game.

“Let’s just try and keep going. We have a chance but it is very open.

“You can add Liverpool, Tottenham and Everton to the top four, it will be very interesting.

“What has changed compared to years before is that at 80 per cent you will not beat any team in the Premier League.