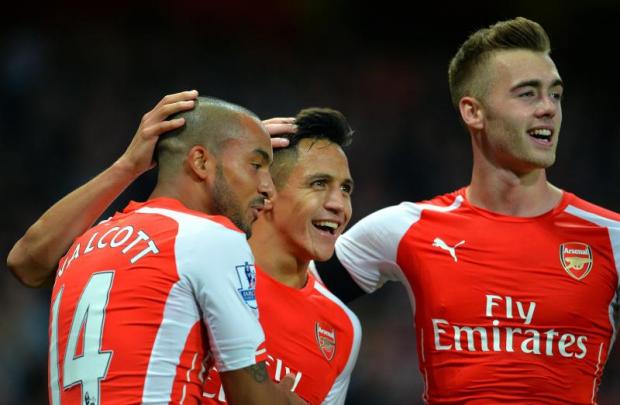 While speaking to Stan Collymore on talkSPORT following the 3-0 over Burnley that saw the 25-year-old Walcott play his first match since being stretched off against Tottenham back in January the Arsenal player claimed that Chilean Sanchez was so desperate to play football that he did not like to take recovery days off following matches.

“In training he doesn’t even want to do recovery days,” Walcott told Call Collymore, when asked about the former Barcelona man. “That’s how much he loves football.

“All the guys have told him he needs to chill out because, at Christmas when all the fixtures come along, it’s going to catch up with you.

“He doesn’t care, he just wants to play and win. He’s a good leader, and something that we haven’t had in the Arsenal team before. He’s a dream to play with.”