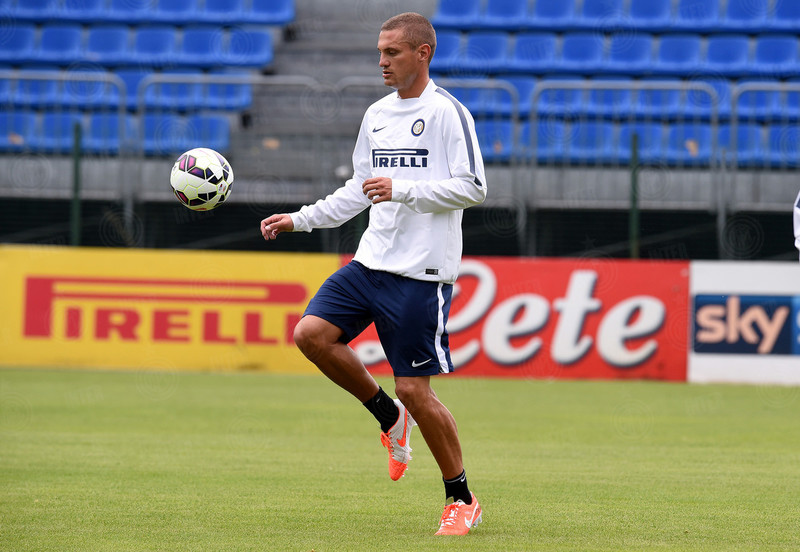 Reports from Italy have suggested that former Manchester United defender; Nemanja Vidic might be open to a return deal to Old Trafford by the New Year.

The veteran defender partnered with Rio Ferdinand to form a rock solid defence on which the exploits of Sir Alex Ferguson’s last years as manager was built.

In his eight-and-a half-years with Manchester United, he enjoyed an awesome spell of over 300 games winning several trophies with the Red Devils.

Vidic moved over to Italian outfit, Inter Milan on a free transfer this summer after declining to sign a contract extension under David Moyes.

Unfortunately for the giant Serbian, he has not been able to replicate his brilliance at Inter Milan and has only managed eight games under manager, Walter Mazzarri.

At the moment, Vidic has come under heavy criticisms from both fans and the media for not doing enough to help out defensively and at this rate; the Italians might just show him the door during the January window.

There might be something good somewhere in this news that could benefit the Red Devils.

Louis van Gaal’s defence has been woeful this term to say the list and even though many of the defensive oversights have been attributed to the incessant injuries that the club has been contending with, it is still clear that even when a couple of the regular defenders were still available, there wasn’t much to show for it.

Apart from this analysis, several media houses have already been sponsoring news indicating that Manchester United might be willing to hand Vidic a new 6-month contract just to bridge the gap until younger and more reliable legs can be hired next summer.

Louis van Gaal has been shopping for at least two more central-defenders especially as most pundits have accused him and the club’s executive vice-chairman, Ed Woodward for not doing enough to have landed either of Mehdi Benatia or Thomas Vermaleen.

However, since Vidic could move back for free, the youngsters like Paddy McNair and Tyler Blacklet would do nicely to learn from his wealth of experience.

Apart from the fact that the quality in the Red Devils defence is very frail, if they had a defender with a strong sense of leadership, he would be able to coordinate and maintain composure at the back.

For instance during the Manchester Derby, before Marcos Rojo and Chris Smalling exited the pitch, they couldn’t communicate well with each other and the offside trap they were setting for the Manchester City strikers almost backfired on them.

These were the things that never existed in with the Vidic and Ferdinand partnership.

The Manchester United boss is reluctant to spend huge amounts on some untested defender who may or may not hit the ground running as fast as the Dutchman would like hence he has passed on offers for Bruno Martins Indi and Ezequiel Garay.

So if the Italian giants do ask Vidic to leave, he would be welcomed back to Old Trafford with open arms.