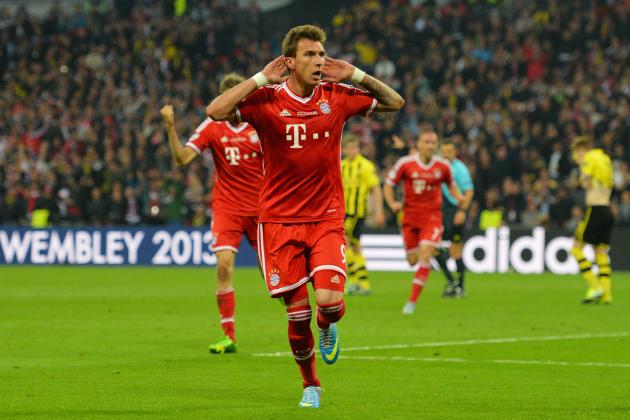 New Manchester United manager Louis van Gaal appears set to make Bayern Munich striker Mario Mandzukic his first signing after the Croatian had a bust up with Bayern coach Pep Guardiola leading to the Catalan dropping him from the German Cup final against Borussia Dortmund despite the fact he was 100% fit to play.

Apparently Guardiola had had enough of the 27-year-olds attitude and was heard saying to him ‘Goodbye, and good luck with your next club,’ as the team boarded the bus for Berlin according to the Daily Mail.

The bust up stems from the dressing room following Bayern’s shock 4-0 loss to Real Madrid in the Champions League for which Guardiola blamed himself saying that he got his team selection and tactics all wrong, after which Mandzukic appeared to mock him.

Manchester United will not be the only side interested in signing Mandzukic with both Chelsea and Arsenal looking for a new striker to bolster their attack ahead of the coming season.

Meanwhile Mandzukic will be on display for the world to see as he represents Croatia in this summer’s World Cup finals in Brazil.