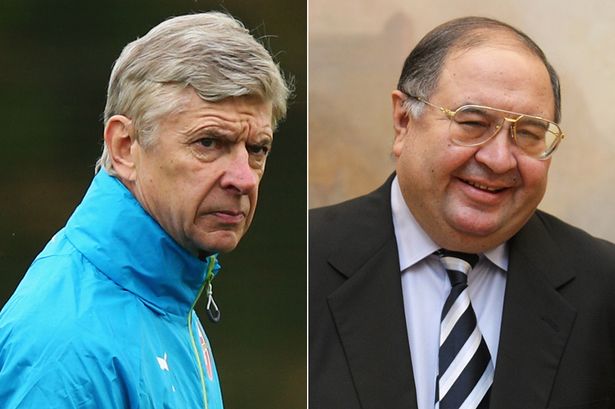 Arsenal shareholder Alisher Usmanov believes that the club changing stadiums and paying off the massive £400 million it cost to build the Emirates has cost Arsenal manager Arsene Wenger the best years of his career, and that if it was up to him Wenger would be allowed to decide when he wants to call it a day and retire.

“And because of this, he lost his five years, maybe best of his career without trophy. In reality, 10 years.”

“If I had the right, I would keep Arsene until he wants because until he cannot perform his activity as a manager, it is a gift for any club to have a coach like Arsene Wenger,” said Usmanov.

“If there aren’t (any) severe injuries, he’s got a great chance to compete with teams like Chelsea, Manchester United and Manchester City.

“The championship will be decided between these four teams.

“With the team that Arsene has put together, except for one position, I think it’s a club that’s ready to successfully fight for European Cups.”