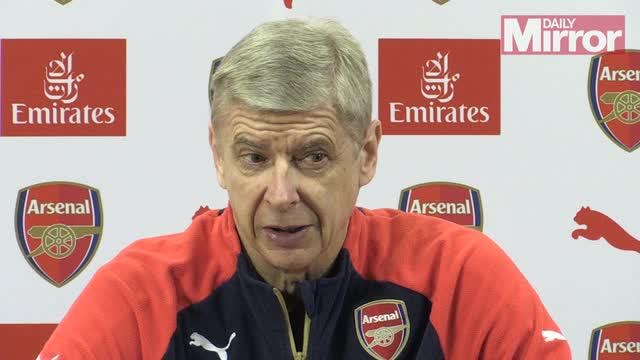 Gunners boss Arsene Wenger has reached a boiling point with critics and claims he is more “bored” with all the suggestions that he should either step down or be fired by Arsenal.

The now 66-year-old Frenchman has been in charge of the club since 1996 and despite a start to the season that had the bookies making Arsenal favourites to win the Premier League title now sees the club eight points behind league leaders Leicester City and on the verge of Champions League elimination following a 0-2 home loss to Catalan giants Barcelona.

“Look, I have worked here for 19, 20 years and I’m always sitting here having to justify that I’m good enough to do the job,” said Wenger, ahead of tonight’s FA Cup fifth-round replay against Hull City at the KC Stadium.

“I have no problem to cope with everything but I find that a bit boring in the end. I always have to convince you that I am good enough. I worked for 35 years at the top level.

“I do not worry what you say about me or what fans say about me. I try to do my job in a proper way and with full commitment. After that everybody has the right to have an opinion. You do not make a decision if I continue my job or not.

“What I find just boring is always sitting here after 19 years to face, ‘Do you think you are good enough?’ If I am not somebody will tell me. I cannot influence the behaviour of the fans. How can I do that?”

What upset Wenger the most were questions from Sky Sports via the Daily Express that claimed the fans wanted him to leave.

“The question I got from the guy from the television is, ‘After 19 years do you think you are good enough?’ I don’t know,” he said. “I am humble enough every day to question myself, to accept my mistakes and believe me I do that.

“After that as well there is no coincidence that the people who own the club tell me to be here for 19 years. Do you think they are more stupid than you or me?”

Let’s hope the Frenchman calms down before tonight’s match and that Arsenal can then progress to the Quarter Finals where they will be at home to Watford on March 13th.