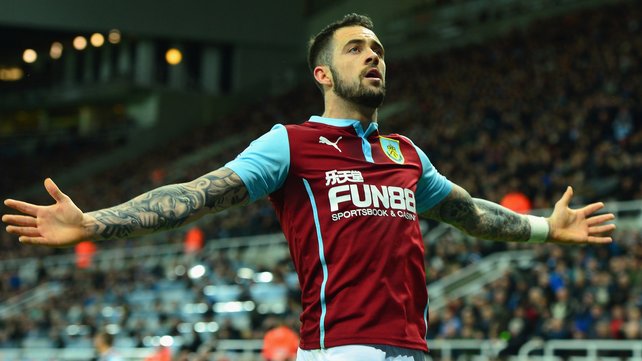 Tottenham now appear to have replaced Liverpool as the next destination for Burnley striker Danny Ings after Sky Sports reports the north London club is ready to pay a staggering £12 million for the out of contract striker.

The 23-year-old will leave Turf Moor this summer on a free transfer, meaning that he would be available to join any club that would be willing to offer Burnley around £4 million in compensation.

Up until now it looked almost 100% certain that he would be on his way to Anfield, but with Spurs now willing to pay an eight figure sum to get the England international to White Hart Lane all bets are off.

Ings managed to score 11 goals for the Clarets this season, but was unable to keep them in the Premiership, and signed off with a goal in his final game saying afterwards: “It was quite an emotional day for me today. I think everybody knows what’s been going on off the pitch and I wanted to finish my last game here in style.

“I’m just over the moon that I managed to get the winning goal in front of all the fans that travelled. I can’t praise the fans enough. There’s an old saying that they’re like your 12th man and it’s definitely true.”