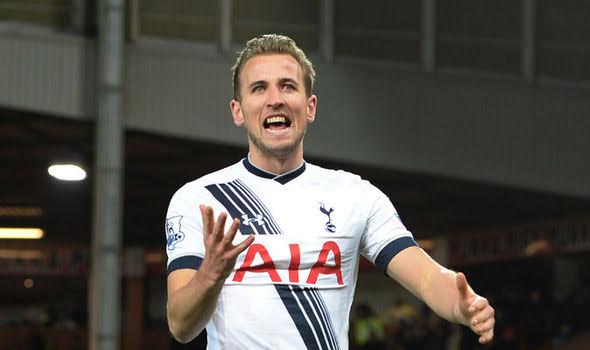 Tottenham star striker Harry Kane says that Spurs now have glory in their sights after jumping ahead of Arsenal in the Premier League.

Tottenham have not finished above Arsenal in the league since 1995 and have only once ever qualified for the Champions League six years ago.

Kane’s two goals on Tuesday night in the 3-0 win over Norwich moved Spurs up to third in the league pushing Arsenal down to fourth following the Gunners 0-0 draw with Southampton.

The young England international now says that Spurs aim is to catch high-flying Leicester City rather than worry about their North London neighbours.

“We’re not really looking behind us,” he said. “We’re looking forward.

“That’s what’s been different from other seasons, when we were maybe trying to hang on to fourth or hang on to fifth.

“Now we’re third and we’re trying to get as far up the league as we can. We’re not worried about the teams behind us.

“We have games against Arsenal and Manchester City coming up but we don’t fear anyone.

“You need everyone fighting for the team and doing their job and that’s what we seem to be doing. If we can keep it up we have a really good chance.”