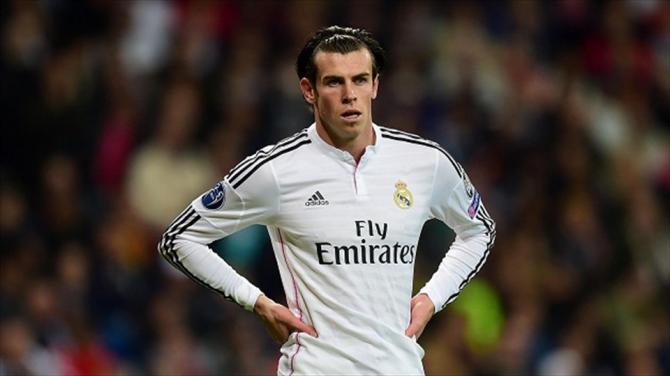 Forget what Real Madrid is saying publically about record signing Gareth Bale, as we all know every player is for sale for the right price, and with this in mind Manchester United, Manchester City and Chelsea are all waiting to see if the Welsh wizard will be put up on the auction block this summer after Real Madrid manager Carlo Ancelotti got the axe for what was for Los Blanco’s a very disappointing season.

Wales manager Chris Coleman has now weighed in with his opinion following what Gareth Bales agent Jonathan Barnett said earlier in the month when complaining Bales Real Madrid teammates did not give him enough of the ball.

“I watch all of Gareth’s games and I can tell you as a manager you do not look at just one player,” Coleman said.

“But there is so much focus on him that if he makes one mistake it is a big deal. If he fails to find Cristiano Ronaldo with a pass and Ronaldo reacts and makes a gesture it gets blown up.

“I have watched many games where Ronaldo has been poor, Isco has been poor. They paid a lot of money for James Rodriguez and there is not a lot coming from there, but it is Gareth who is getting it.”

Surprisingly despite the way Bale has been treated by the Real Madrid faithful his figures are not that bad scoring 17 goals this season with 10 assists which is similar to that of Chelsea’s Eden Hazard, who won the PHA Player of the year award in England.

The worst of the talk aimed at Bale followed Real Madrid’s exit from the Champions League at the hands of Juventus, and this is what angered Wales boss Coleman the most.

“He was heavily criticised after that first leg but I am seeing him in great positions and not receiving the ball from certain players,” Coleman said.

“My assistant Osian (Roberts) called me up and I told him ‘I know what you are going to say, they are not giving him the ball’.

“It wasn’t Carlo Ancelotti’s fault, it is down to the players on the pitch and it looked to me like he was being overlooked.

“You can only do what you do best. With us when he is good positions we make sure we give it to him, in Madrid I did not see that and it was not because he was not working hard.

“I am not saying it was just Ronaldo, but offensively I look at Madrid and wonder why he is not getting the ball.

“That Madrid team towards the end of the season looked disjointed and did not seem to have that togetherness, and Gareth has suffered for that.”