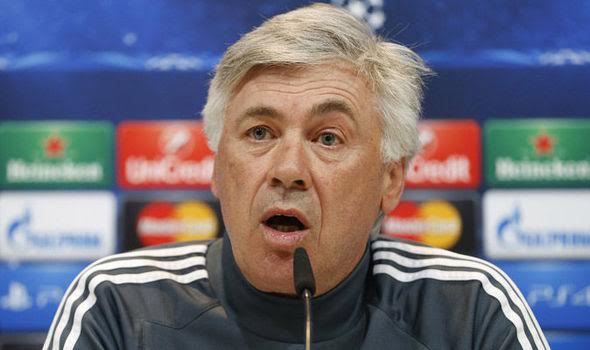 According to Metro former Chelsea and Real Madrid manager Carlo Ancelotti has turned down the chance to replace Louis van Gaal as manager of Manchester United.

The 56-year-old Italian has not worked since being fired by Real Madrid last May and was being heavily linked with replacing Dutchman Van Gaal at Old Trafford.

The 64-year-old former Ajax, Barcelona and Bayern Munich trainer van Gaal was under enormous pressure following a poor string of results during December that had his tenure at Old Trafford hanging by a thread, leading to speculation that either Jose Mourinho or Carlo Ancelotti would replace him at the Theatre of Dreams.