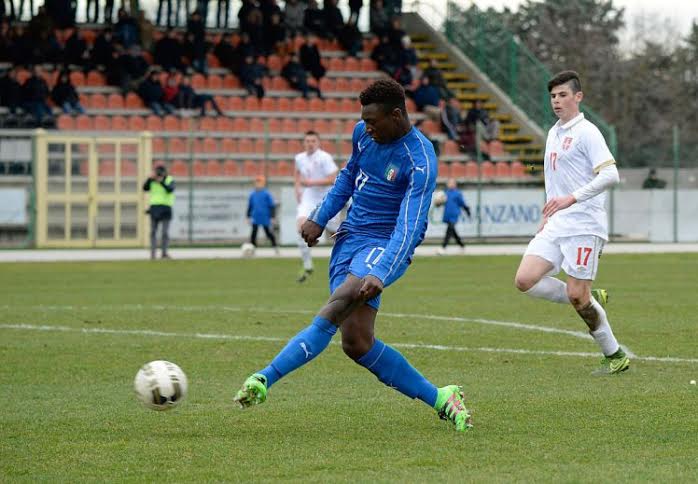 Currently Manchester City is thought to be the favourite team to get a deal done for the player many people describe as being similar to on loan from Liverpool striker Mario Balotelli, when the now 25-year-old was 17.

Italian champions Juventus meanwhile would like to tie the Italian U-17 international down to his first professional football contract after having watched the 17-year-old score 17 goals in as many games for their youth team.

And while Manchester City may be favourites to get a deal done it is worth noting that scouts from Arsenal were present at Kean’s latest game.

Have a look at the video below and you will see why there is so much interest in the youngster.