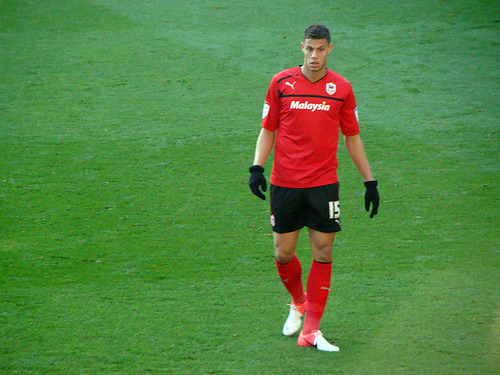 Making the step up from the Championship to the Premier League can represent a huge challenge for a player and it is perhaps why there have been so few instances of top-flight clubs taking a gamble this summer.

There have been several examples of clubs signing players from relegated teams, such as Tottenham landing Kieran Trippier from Burnley and Steven Caulker being on the move again, this time from Queens Park Rangers to Southampton.

But in terms of players moving from clubs who were in the Championship last season, and will again be so this year, then it’s pretty slim pickings.

Still, there are some examples, and here we look at three players who are making the step up from the Championship to the Premier League, and their chances of proving to be good signings.

Signed by Aston Villa as a replacement for Christian Benteke, Gestede has been described as a bargain by manager Tim Sherwood. Gestede has cost £6million from Blackburn Rovers and, given Villa received £32.5million from Liverpool for Benteke, you can understand Sherwood’s thinking. At the same time, Gestede has a lot to prove at this level judged on his brief flirtation with the Premier League a couple of years ago when he was at Cardiff. He made just three substitute appearances in the early weeks of the season, away to West Ham, Hull and Chelsea, and failed to make an impact. A move to Blackburn, though, kick-started his career and he scored 20 goals in the Championship last season, as well as scoring against both Swansea and Stoke in the FA Cup. He also outscored Jordan Rhodes at Ewood Park last season. He has clearly improved markedly since his time at Cardiff. He has an excellent aerial and physical presence, but it is vital that Villa play to his strengths, rather than expect him to change too much, if he is to be a success.

Picking up Sako on a free transfer after his contract at Wolves expired certainly makes Crystal Palace’s capture of the winger as one of the more risk-free deals this summer. Though he has yet to play in the Premier League, in three seasons at Wolves – two in the Championship and one in League One – Sako proved himself to be a consistent performer. He scored 15 goals last season as Wolves challenged for the play-offs and he has the ability to make the step up after also being wanted by West Brom. There is a concern he has been signed as a long-term replacement for Yannick Bolasie, but if he is given time to adjust to the step up, Sako can trouble top-flight defences.

Tomlin has made great strides up the league ladder and now finally gets the chance to play in the Premier League after swapping one of the favourites in the Championship betting for a club who are favourites to go back down to the Championship. There was some dispute over how Tomlin left Middlesbrough after he claimed he wasn’t wanted, but Aitor Karanka suggested he didn’t want to stand in the way of a £3million move to Premier League new boys Bournemouth. Eddie Howe plans to play Tomlin primarily in a No.10 role, but his versatility in attack will be useful. He scored 14 goals in 64 games in 18 months at Boro, so it’s probably best not to expect a stack of goals from him. However, Tomlin is a clever footballer and you can see him quickly slotting into the way Bournemouth play. He isn’t Bournemouth’s most high-profile signing, but he could prove to be their most astute.