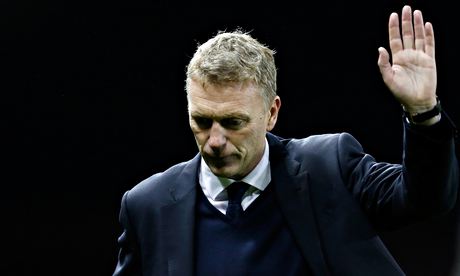 Sky Sports is reporting that David Moyes tenure at Manchester United could be over as early as Tuesday morning as the clubs owners decide to fire the 50-year-old Scot after less than one year into a six-year contract that he signed last summer.

No one would discuss the subject at Old Trafford yesterday afternoon, but it became obvious that something was afoot when bookmakers suspended betting on Moyes being let go.

After being comprehensively beaten by Everton over the weekend 2-0 at Goodison Park  and with United having their worse year in the Premiership in a decade it appears that the owners have had enough preferring to bring in another manager before trusting Moyes with the £200 million that is said to be available for new players.

When speaking on Monday Night Football former United player Gary Neville admitted that things did not look good for Moyes saying: “When these explosions happen and all the media outlets go wild usually it ends up inevitably in a manager getting sacked.

“I have to say Manchester United as a football club do not normally comment on anything but they are going to have to clarify this position quickly because this afternoon has been strange.

“I find it repulsive the way in which these rumours break. I don’t like it and I’ll never get used to it even though I suppose it’s the world which we live in.”

Neville went on to say that personally he feels that Moyes should have been given more time adding: “Alex Ferguson himself got time in the early years when it was difficult for him. So I genuinely believe that when you give a man a six-year contract he deserves the opportunity and the time both professionally and out of respect.

“I’ve always felt Manchester United should be different and hold themselves up as a club that stands against what is happening in the game.

“I don’t like it when professional people come out with statements that a manager should be sacked. It’s not something that you’ll ever hear from me because it’s a difficult job and something that I’ve never done.”

Should Moyes leave today bookmakers have favoured Ryan Giggs to take over till the end of the season.