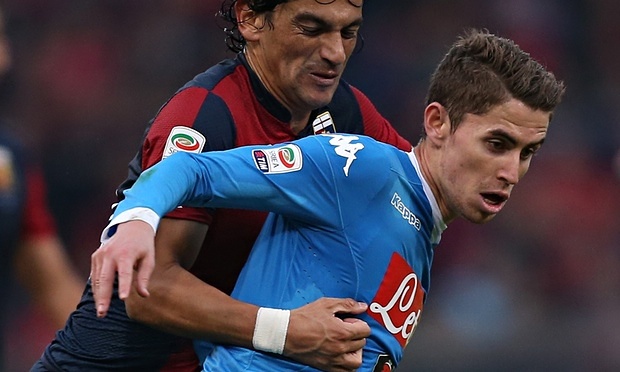 Arsenal manager Arsene Wenger is expected to sign a defensive midfielder for the Gunners in January when the transfer window opens, and has sent scouts to watch Brazilian born Napoli midfielder Jorginho in action according to the Daily Star.

The 23-year-old Italian has not lived up to the potential he showed at Verona since moving to the Stadio San Paolo last year, leading Arsenal to believe that Napoli would be willing to offload him for around 12€ million in January.

Things however have now taken a turn with both Manchester United and Liverpool said to be interested as well. Liverpool could certainly use a young defensive midfielder in their team, while Manchester United is looking to replace 34-year-old Michael Carrick as he nears the end of his career at Old Trafford.