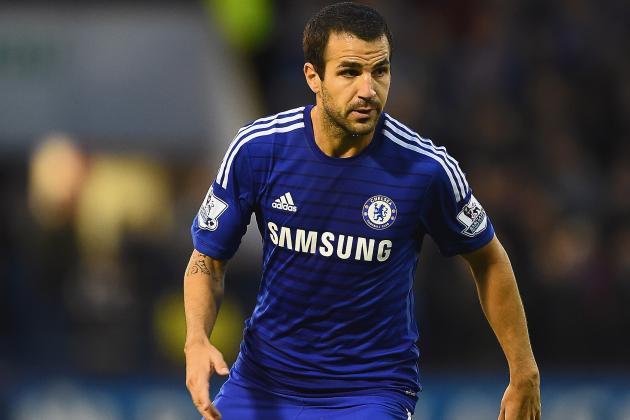 Arsenal’s refusal to exercise their option to sign former captain Cesc Fabregas in the summer did not go down well with those of Arsenal persuasion.

Yet, the refusal on the part of the North London club to pursue this option was not borne out of the Catalan’s reluctance to comeback to the club where he made his name, but because of the presence of Mesut Ozil in the Arsenal set up.

However, despite the fact that the 27 year old Cesc Fabregas eventually ended up at West London with Chelsea, feelers have emerged that he never wanted to join the Stamford Bridge outfit in the first instance despite Jose Mourinho’s attempt to rob it on the face of Arsenal that Chelsea was the player’s first option in the summer.

Cesc Fabregas former teammate Gerard Pique opened up on the sub plots that played out before he former ended up at Chelsea. The Barcelona centre half was adamant that Arsenal was his first choice all along

“Cesc went to Arsenal first but they said they had [Mesut] Ozil, so he went to Chelsea instead.” he said in an interview.

He went further to dwell on the Cesc Fabregas’ relationship with Jose Mourinho. “He loves London he claimed, even if I don’t know if he loves Mourinho. He probably does because he is in the team, playing all the games.”

Jose Mourinho has not hidden his attempts to build something resembling a relationship with Cesc Fabregas by way claiming that the Catalan can be Chelsea’s future captain in an attempt to possibly to break the bounds that hitherto existed between the pair, which gives credence to the words of Gerard Pique.

The Catalan had criticised Jose Mourinho on several occasions during their time on the opposite divide with Real Madrid and Barcelona respectively on the Portuguese philosophies and attitude. Those views held by Cesc Fabregas about Jose Mourinho when he was at Barcelona are not expected to have change overnight despite the fact that he is now at Chelsea, something Pique readily alluded to when he claimed “I don’t if he loves Jose Mourinho”

Their relationship is likely to remain at the spectrum of a professional level between a manager and a player, and it’s unlikely to go further than that as the previous mistrust between the pair, would hold sway for sometime because of their different football philosophies.