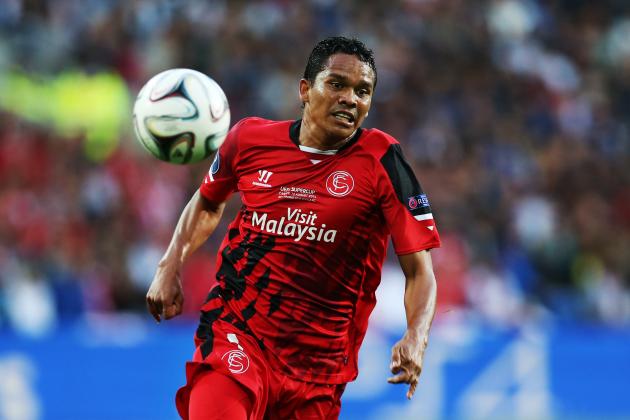 Manchester United has now emerged as favourites to sign Sevilla striker Carlos Bacca in a deal said to be worth £21.3 million.

The 28-year-old Colombian international was in fine form for Sevilla last night scoring two goals in their Europa League Cup final 3-2 win over Ukrainian side Dnipro at the Stadion Narodowy in Warsaw last night, that now sees the Andalusians as the first team to win the trophy four-times over taking Juventus, Inter Milan and Liverpool.

Louis van Gaal is said to be keen on getting Bacca to sign on to his plans and is expected to open negotiations with the La Liga outfit within the next few days.

Meanwhile website Fichajes.net says Sevilla is eager to cash in on the striker and also lists both AC Milan and AS Roma as other potential buyers.