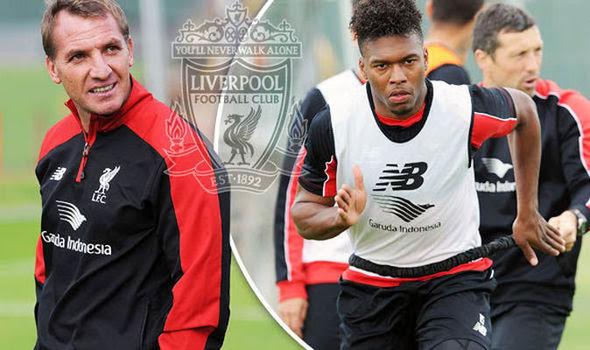 Liverpool manager Brendan Rodgers believes that the return of Daniel Sturridge to the team will give Liverpool a “new dimension” when it comes to the team’s ability to score goals.

The long-time injured striker is set to be on the substitute’s bench for tomorrow’s match against Norwich as he prepares to come back from a hip operation he underwent in May.

“He has been very positive in terms of his training,” said Rodgers. “In terms of his work off the field, too, he has come back with a real hunger to succeed, which is great.

“He’s looked really powerful and fast – his quality is there for all to see.

“He looks a different level of player and when you have that fit available and strong, it can take your game to a new dimension.

“I have been very impressed with how they (Sturridge and Benteke) have been in training.

“They have power, pace and different ways to score goals. When you have that quality in your team it sparks off the rest of the players.”

“When you look at that cold fact it tells you that we have to be better with our creativity.

“Part of that is having that bravery to take people on, take a risk, and make individual actions that might not come off, but has us in an aggressive mind-set.”