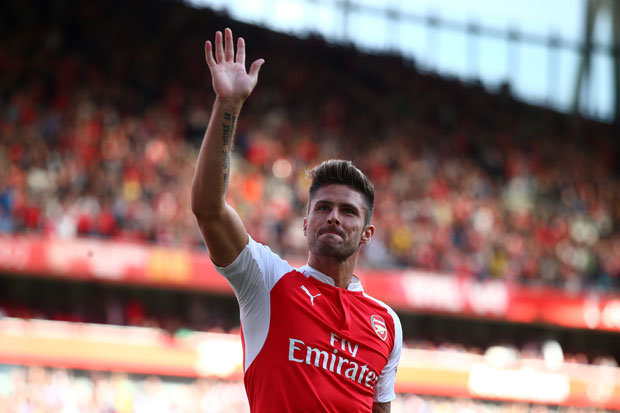 Ahead of tonight’s Capital One Cup clash with rivals Tottenham, Arsenal manager Arsene Wenger has said that he no longer thinks of French striker Olivier Giroud as the clubs first choice striker, adding to the talk of a possible January signing following Wenger’s lack of business during the summer transfer window.

The 28-year-old former Montpellier looks all set to return to action tonight against the clubs north London rivals after sitting out last weekend’s 2-0 loss to Chelsea at Stamford Bridge, but has been warned by Wenger that he faces opposition for game time.

Wenger said: “With Olivier Giroud, it is a competition with Walcott. When one plays people always ask, ‘Why did you not play the other one?’

“When you have two top-level strikers, some games Giroud plays and some games Walcott plays. Nobody anymore can play 60 games per season.

“What we want to do is make the right decision for the right game.”

The 65-year-old Frenchman went on to add that Giroud still remains a very important player for Arsenal.

He added: “Giroud is a guy who has a positive attitude, who is ready to have a go.

“He is a very strong man and, with his back to the wall, Giroud can always respond. I think he has assets in the game.