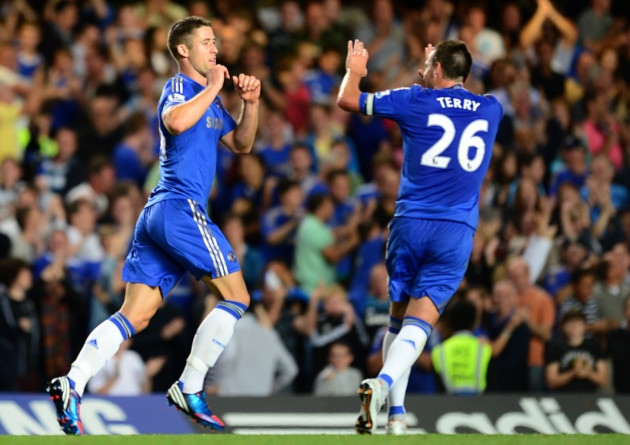 A former Chelsea centre-half has offered an often unheard perspective ahead of tonight’s big Champions League tie. When all the talk of the town surrounds the attacking flair of Hazard and Ibrahimovich, Michael Duberry has explained the defenders mindset when faced with a great challenge:

“Speaking as a defender, when you play against players, you have a favourite style that you like to mark. A lot of the time, you’d much rather play against someone physical than someone with plenty of pace. I always preferred having 90 minutes against Alan Shearer than spending all game chasing Thierry Henry down the channels,”

“Zlatan is big, but Terry and Cahill will like that physical challenge. Both of them might not be the quickest, although Cahill is no slouch, but their positional sense means that they don’t often get caught out. As a partnership, you can tell that they love defending.”

Duberry makes a good point. Zlatan’s record this season is stunning, but the combined defensive efforts of Cahill and Terry have been similarly impressive. While the Swede has been busy banging in 40 goals for PSG this season, Chelsea have conceded just 24 goals in 32 games.

Even in throughout their recent slump in form, the Blues defensive record is still largely in tact, as they have, on averaged, conceded just 0.8 goals a game (against their season average of 0.75). It should come as no surprise that Mourinho has chosen to heap scorn upon his attacking players after their most recent league defeat to Crystal Palace on the weekend.

If history and the stats are anything to go by (admittedly, they often aren’t) then we can expect the performance of Chelsea’s attacking players to be the variable that will ultimately decide whether the Londoners will progress to the semi-finals of this years competition.