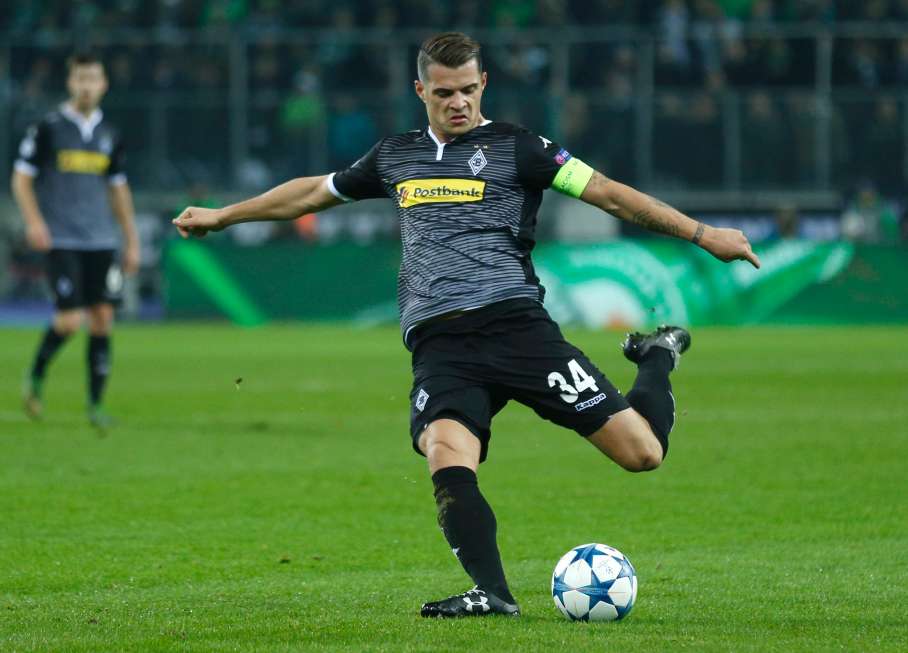 .Gladbach coach Max Eberl was quoted recently in Bild saying “I know that Granit will not leave Gladbach now, no way, I can influence that. But I do not know what will happen in the summer.”

Since then the 23-year-old has spoken of his desire to play in the Premier League, telling Swiss German language newspaper Blick that it has absolutely nothing to do with the amount of money had can make in England.

England is my dream. I’ve never hid that. Whether I’ll be happy there, currently only the good Lord knows.

For me money is not important. Otherwise I would not switch in 2012 from Basel to Moenchengladbach.

It’s about being a big challenge for me as a footballer.

(On potentially moving to a less high profile club like Stoke or Norwich than compared to Arsenal or Chelsea), what’s important if I make a change is that I make a step forward in the sport.

I do not come from money-hungry family, but from one with a firm character.