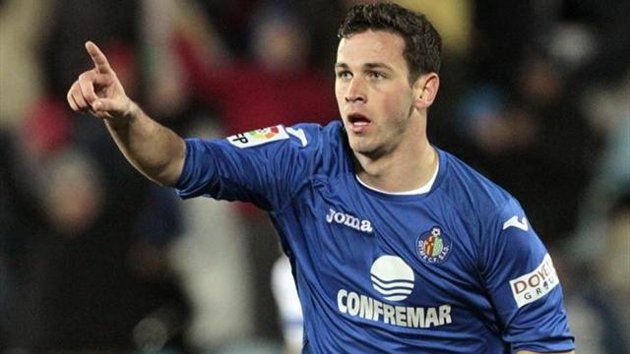 Swansea City have signed Getafe striker Alvaro Vazquez on a season long move with a view to a permanent move.

Swansea manager Michael had been in the market in order to give the Swans more firepower up front after managing just one win out of three games so far this season.

The 22-year-old Spanish U-21 international should also come as a boost to the former Espanyol player who has featured in 89 La Liga matches scoring 14 goals also helping Spain to win the U-21 European Championships with a goal in the group stages against Holland.

Swansea chairman Huw Jenkins told the Evening Post: “Michael knows the player very well and, when you weigh up what else we have in the squad, a young player with potential who has already done well out in Spain looks like the right signing for us at this stage.”