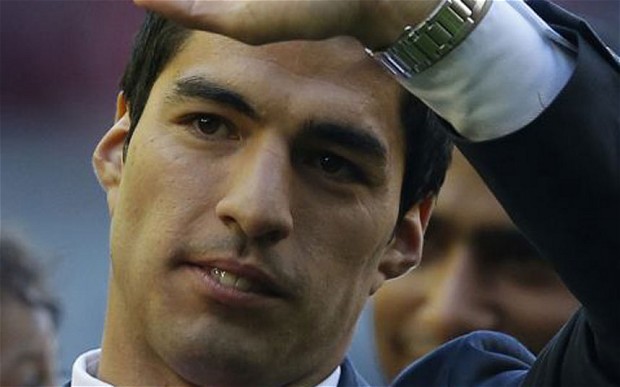 London’s Guardian newspaper are reporting this morning that Liverpool’s Luis Suarez will be starting out on the wing when he returns from suspension leaving the inform Daniel Sturridge as the main striker.

Liverpool Brendan Rodgers has decided that Suarez will play on the opposite wing to new signing Victor Moses from Chelsea, as part of the three men behind the 24-year-old Sturridge who has scored in every Liverpool game so far this season.

Playing Suarez out on the left will allow Philippe Coutinho to play a more central attacking role something that Rodger had been planning for awhile now.