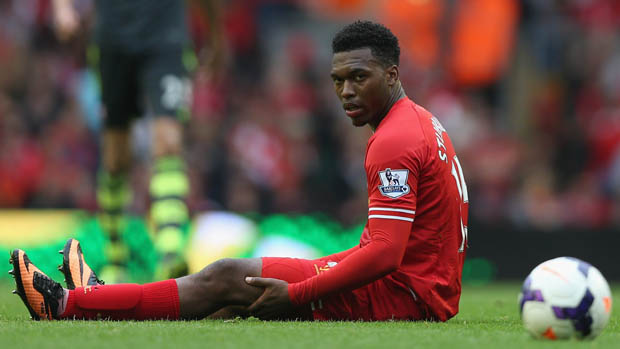 Former Liverpool midfielder Ray Houghton has called striker Daniel Sturbridge’s lasts injury a ‘major blow’ for the Reds and has predicted that Liverpool will now struggle to get results in the coming weeks.

Liverpool this season look far different than the team that was challenging for the Premiership title as manager Brendan Rodgers continues to find goals hard to come by after losing Luis Suarez to Barcelona and his former strike partner Daniel Sturridge continually side-lined through injury.

Speaking on talkSPORT Ray Houghton said: “If Sturridge is out for any length of time, it’s a major blow for Liverpool.”

“Not only does it look as though he and Balotelli are injured, but Henderson may be out for a while as well.

“Liverpool are now down to the new players coming in. You do fear for them against Crystal Palace [this weekend], both teams are desperate for a result.

“Liverpool need to get back to winning ways and you’re not sure that they’re going to.

“The Champions League clash against Ludogorets is massive, especially after Brendan changed the team around for the match against Real Madrid.

“That was with one eye on playing Ludogrets and Basel. He needs six points from those two games so he’s put a bit of pressure on himself.”