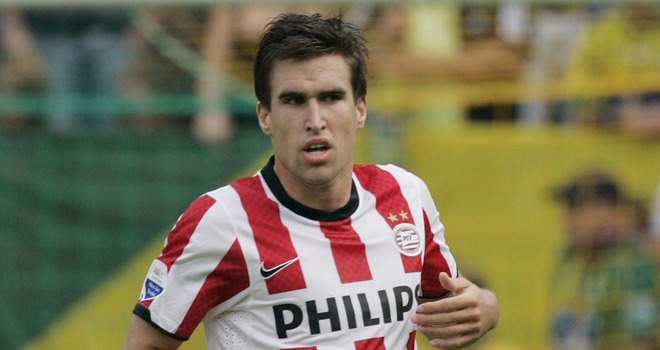 Dutch international Kevin Strootman has ‘shaken hands ‘on a deal that will see him move from AS Roma to Manchester United during the summer transfer window according to Dutch journalist Hugo Borst while speaking to talkSPORT.

Borst, who has just written a book on United manager Louis van Gaal claims the deal was arranged even before van Gaal took over at Old Trafford saying:

“In the spring of 2014 there was a match between PSV and Feyenoord, and Robin van Persie was in the stands, along with Louis van Gaal. On the other side was Kevin Strootman. The pair chatted; this was when people knew Van Gaal was going to Manchester United.

“Van Gaal asked Strootman whether he was interested in playing for Manchester United, and he said he was very willing. They have shaken hands on the deal.

“It won’t be in January but it will be next summer. He is an outstanding player.”