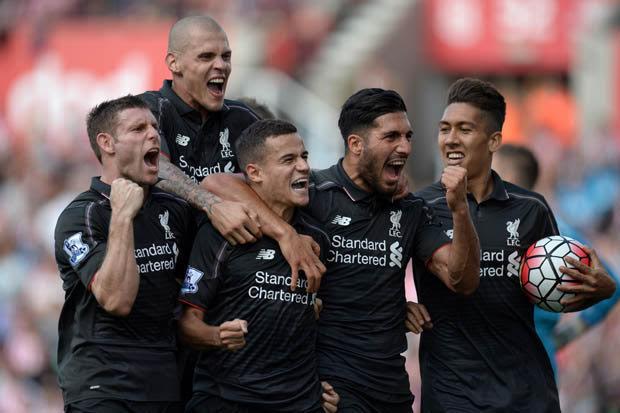 Yesterday’s win at the Britannia Stadium against Stoke City not only erased the demons from Liverpool end of season 6-1 against the Potters, but has also put them in the right frame of mind for what appears on paper at least to be three difficult away matches to Arsenal, Manchester United and Merseyside rivals Everton.

Former Reds defender and now Sky Sports football pundit Jamie Carragher believes that the win will give his former teammates confidence to the tough road games ahead, which could prove important as to whether or not Liverpool can secure that all important top-four finish that the clubs owners are hopeful for.

“Of course it is a big result,” Carragher said. “You look at those fixtures to come, and the results they got in them last season.

“Okay it is a different set of players, but the hand they were dealt in the fixture list – on the back of finishing the season poorly – and even Liverpool in great form it would be difficult to pick up many points in a lot of those away games.

“You are playing against big rivals, there are derby games in there, so a lot of the time in those games, if you pick up a point, you are pleased.

“So to get three points from the start is pleasing. If Liverpool had lost today – you’d expect them to beat Bournemouth – but it puts more pressure on the Arsenal game.”